Initially, this trip is just out of frustration between me and my friend, Tec, since paragliding was cancelled for all the reasons in this world. We’ve decided to go even if it’s just the two of us. We’ve invited some folks whom we think are easy to talk to when it comes to trips like this, but they cancelled – of course they cancelled in the most politest way possible (hi, Topher, lol). Tec managed to invite his friend, Tong, and coincidentally, Erika (a blogger friend – check her page) and her friends will be on the same bus enroute to Bontoc - Sagada. Erika and her friends dropped off to Bontoc, and us 3, to Sagada. We stayed for a night and then woke up early to go to Buscalan. 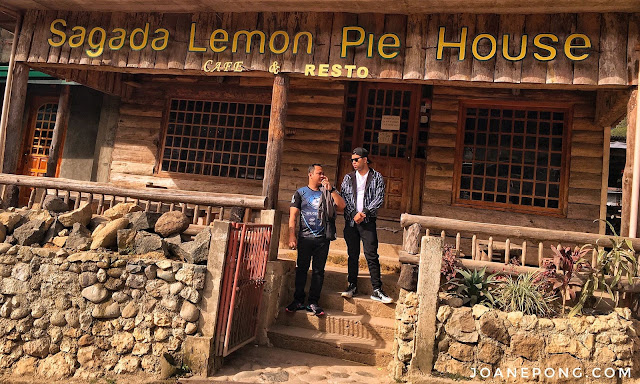 This is my third time in Sagada and, I might have different folks with me each time, but feels is always the same. Iba siguro hangin don, haha, one of my happy places talaga. So we arrived earlier than expected in Sagada. Travelling to Mountain Province has been so lengthy so we have to plan smart. We settled in The Sagada Homestay were I booked a room for 3 for a night. (We were given the same room from the last time I was there).Then we headed out to eat – we had brekky at The Sagada Lemon Pie House. I initially wanted to eat at Sagada Brew as their Hot Chocolate is so delish, but they were still closed when we arrived. Been craving for the wheat bread, too. Got it from the Pottery House.
Walking around Sagada is a breeze because of the chilly weather. Sarap! But of course, we also have to consider the slopes. (Assault, Hehe) We checked the Tourism Office for the spots open for the day. First stop, Church. It’s just walking distance from the place we’re staying – St. Mary the Virgin Church – this is an Anglican Church. Was able to attend an Anglican Mass the last time I was there. We met this guy (forgot the name) when we’re headed to Bomod-Ok Falls. It’s cheaper when you have more folks in your group as the Guide Fee will be divided amongst you guys. It was so hot during our trek. We managed to be back around 3pm. We had our late lunch at The Sagada Homestay Restaurant. For only PHP150, its already a full meal – chicken, lechon kawali, veggies, lumpiang shanghai and rice.  We also went to the Danum Lake where we witnessed the Sunset. Sunsets are always beautifully anywhere in the world, agree? We had some cute convo while waiting for the sun to go down. 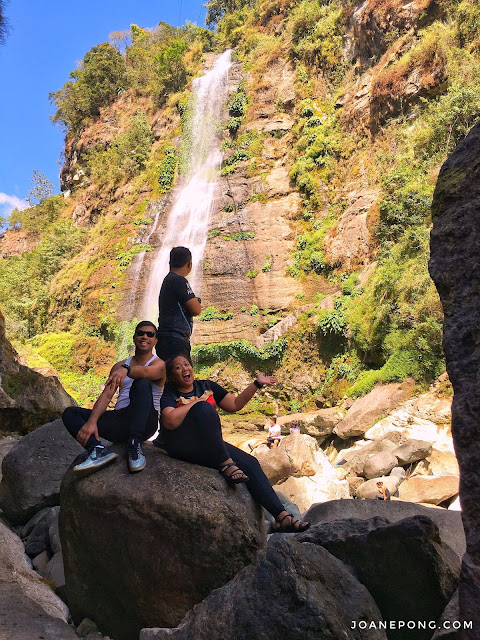 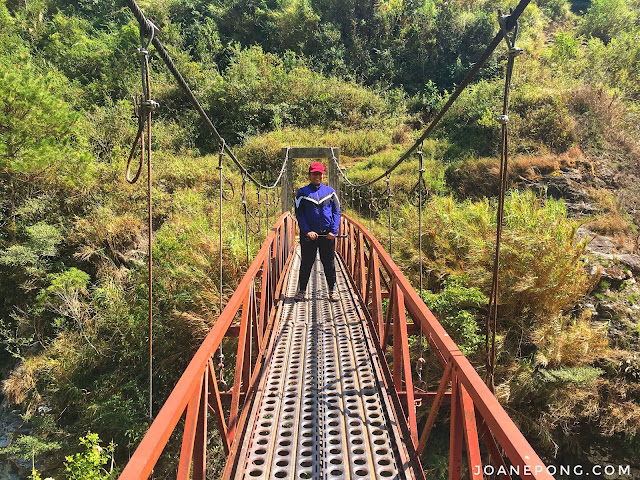 Tec and Tong were gracious enough to help me find Sagada Pine Café. For folks who have been to Sagada, this is a super chill place where you can have a few drinks with your friends. Unfortunately, we weren’t able to find it. Huhu. Guess it’s closed already. We had a few drinks at The Homestay instead. The boys recreated their photo 10 years ago, I took the photo and edited it.
We were still undecided if we were to go to Buscalan as Tong needs to be home for work reasons (want to buy a car? Ping him here) and Tec’s legs were sore. So we rested and we decided to go the next morning.

It was yet another lengthy trip, more or less 5 hours including the trek to Buscalan Village. No signal or anything, so kwentuhan gaming kami. Saya. Sobrang simple lang doon. We ate tuna, pancit canton, drink a few, kwentuhan, tulog. Kape. Ganon lang. Fate made its way for us to see Erika there – no signal kasi. Took some photos and that’s it. Hehe. There, you will realize that life can be very simple yet so beautiful. Tec and Tong had their tatts done. We weren’t able to meet Whang Od though. She was not feeling well the afternoon we arrived and somebody passed away, she had to go to the wake as their tradition and as the oldest in the community. We let it pass, as we have to work the next day. 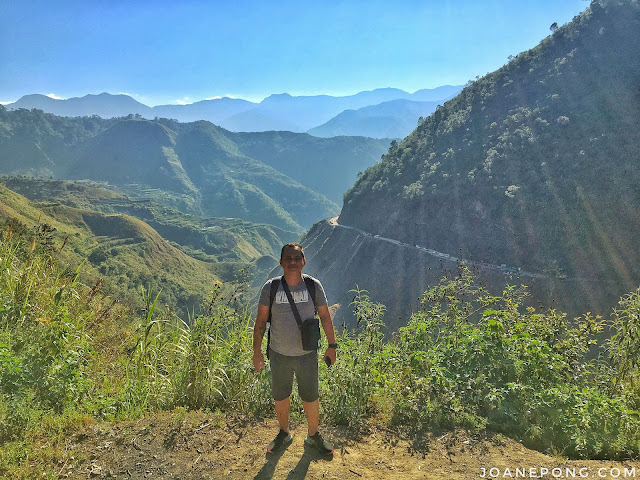 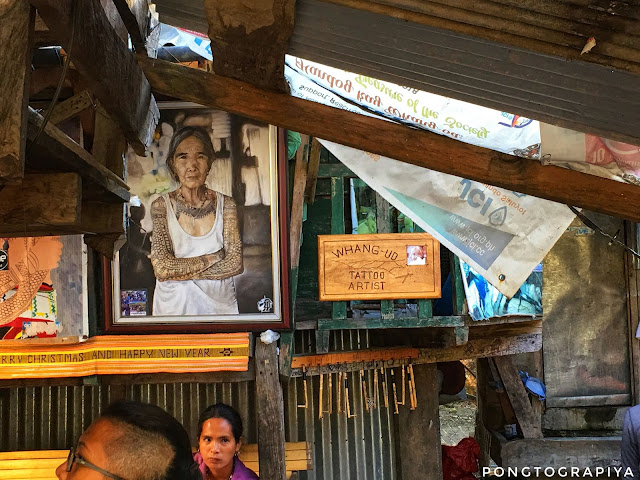 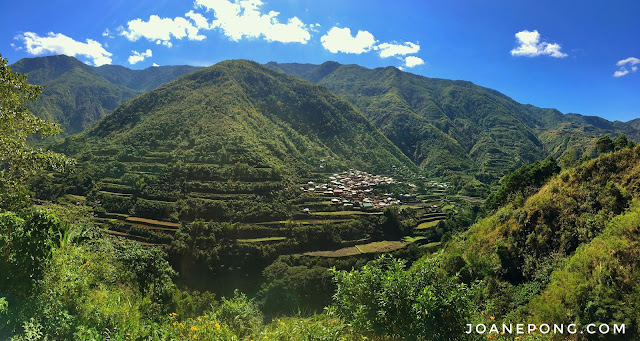 Poor Tong, upon arriving in Manila, only had a few hours to rest and go straight to his office. Such a hard working dude. Tec and I have known each other for so long, college days. And Tec and Tong have been friends since I don’t know. Tong and I had the chance to have a convo while waiting for our ride in Bugnay. Felt like I’ve already known him in the past.
This trip has been tagged as one of my favorites. Chill lang, the trek was so hard though as I am so fat. Hehe. Masaya lang e. Wouldn’t have it any other way. #tectongpong ♥ 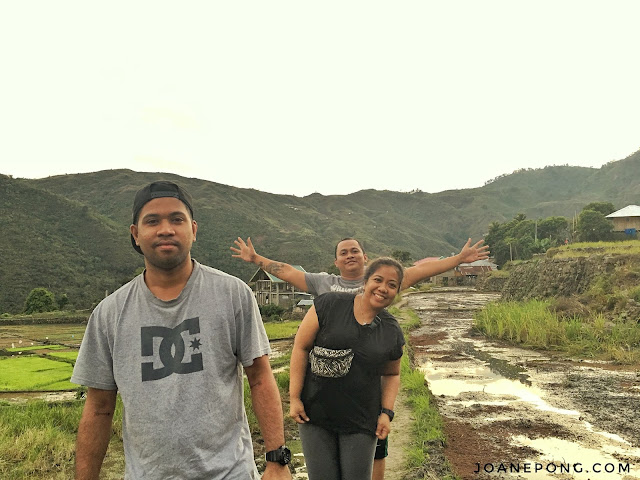 Sagada Expenses:
CODA Lines – HM Transport - Cubao
Manila to Sagada (via Banaue) – if you want to go straight to Bontoc, just tell the conductor to drop you off Bontoc. More or less, travel time is 12 hours.
First trip – 8:30PM (Better book online, chance passenger is okay, but better be sure than sorry. Trip is so long)
Fare: PHP760 + PHP35 (when you book online)
PHP980 (Deluxe, with CR)

Where to Eat in Sagada: Some famous spots include Sagada Brew, The Sagada Lemon Pie House, Yoghurt House, Salt and Pepper, Gaia Café & Crafts
Prices: PHP120/meal – PHP200/meal (x3)
*Just enjoy walking around and you will find a lot – try their famous Pinikpikan

Where to go and what to see: (there is a corresponding fee per spot)
St. Mary Church ✅ (free)
Sumaguing - Lumiang Cave
Echo Valley – Hanging Coffins
Mt. Kiltepan
Lake Danum ✅ (PHP500/group) (167/head for us 3)
Bomod-Ok Falls ✅ (PHP500/group) (167/head for us 3)
Marlboro Hills
..and a lot more..
Environmental Fee: PHP50
Note: please make sure to coordinate with The Sagada Tourism Office for fees and open spots during your visit


Note: Having a tattoo is optional and price starts at PHP100. Whang-Od only does the 3 dots - her signature and other designs can be made by a lot of mambabatok in Buscalan. 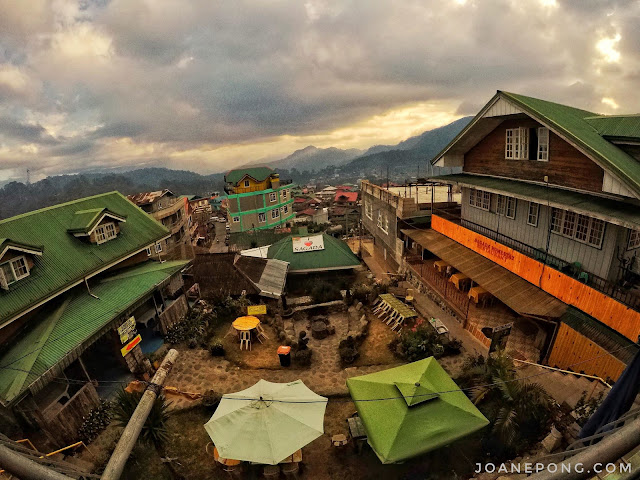